Writing a book is hard work. The story has to make sense, be told well, and grab the reader. The names, too, must fit the characters. It is this which is often a difficult part of writing a novel. Names for the main characters are usually found quickly, but it often gets more difficult in the case of side characters. In this case, name generators can be very useful and helpful – especially the tools from our Wordshop. 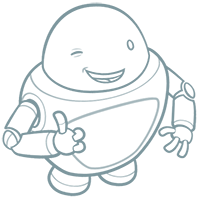 A novel’s story can be quite multi-faceted with many various main and side characters. When many names appear in a story, it can be time consuming to think of a name for each character in the story. You don’t want to just pick any name, but rather the name should fit the character.

In this way, a name generator saves you a lot of work. You can enter your specific ideas and immediately receive numerous suggestions in a short time. Authors can thereby save a lot of time and focus entirely on writing and thinking through of the story. Because, to be honest: writing is what makes an author.

The main advantage of name generators is that specifically determined types of names can be generated: real names with profound meanings are just as possible as exotic-sounding made-up names. A second bonus from using our Wordshop tools for finding names: finding ideas at the touch of a button even if you are drawing the proverbial “blank” that hinders all creativity. 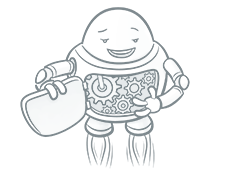 Name generators are particularly useful when it is the side characters in a novel which are in question. Instead of racking your brains, you can let an automatic tool do the work for you and use the suggestions as inspiration. In this way, you have names ready to go or a basis from which to come up with other names.

Authors can get names suggested for a low cast and in some cases for free. There are even special name generators with numerous settings available, e.g. language, origin, and gender. In this way, an author gets even better and more precise suggestions for the names of characters in his or her novel.

There are also generators for completely random personal profiles including address, career, and personality traits. In this way, you can immediately have a complete profile set up for the characters in your novel. It is, of course, a matter of taste whether you would like to go with it or not.

Those who would like to have a bit more control over the names of their characters will probably be better served by inspiration tools rather than “one-size-fits-all” name generator, because the former help with coming up with ideas. The author has to form the name therefrom by him or herself. Sounds interesting? Then head on over to the NameRobot Wordshop!

Finding Descriptive Names for Side Characters

Not every character needs a descriptive name. Harry Potter is simply Harry Potter – an almost boring name for such a special boy. It is the complete opposite, though, for his classmates, enemies, and allies. Whether Draco Malfoy, Severus Snape, or Albus Dumbledore: the series about the young sorcerer’s apprentice is known for the descriptive names of its side characters. It’s no wonder, because the expressive names that J. K. Rowling has given her characters make their magical universe so tangible. It’s a good move for pulling the readers into the world of the novel.

Just what is the easiest way for an author to find descriptive names? What is to be done when ideas just won’t come? The inspiration tools from our Wordshop offer novelists many ideas for finding names – for free, of course. Even if the Name Robot generators were actually developed for making business names, they can still be put to excellent use in other ways.

One promising name generator, especially for fantasy authors is, for example, the Languages tool. With a click, it translates a key word into several languages – not just into English, French, and Spanish, but also more exotic languages such as Latin, Esperanto, or Swahili. Thus we can find the names Draco (“dragon”) or Severus (“strict”) in a few minutes.

What should you do then, when you have no idea where to begin? You actually only need one small idea – for example, a character attribute – from which you can expand. More related words can be found using the Brainstorm and Synonyms tools. These can also serve as input for name ideas.

If the names shouldn’t be quite so fantastical, the First Names tool can help further. It contains a database with many German and English names. Upon entering a name, its underlying meaning will be given. This makes sense when an author has already found a name and wants to check that it fits. “Zahira” as a name for the antagonist? Rather not, as the name means “bright, gleaming.” The tool also works the other way around. Searching for names with “dark” as the meaning gives us “Semra” or “Nila.” The new name for our female villain?

Nothing more is needed to use the tools names other than access to NameRobot, which is free of charge. Registration takes just a minute. By doing this, you can find ideas for character names almost automatically!

With NameRobot's name generators and tools you can find the dream name for your company, product or project. 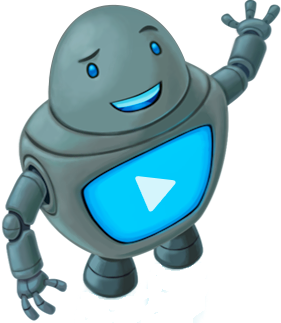 Finding company and business names successfully: how do you go about it, what tricks are there and what should you pay attention to?

Find out the dos and don'ts about developing a new brand name and learn how to create a brand name that stands out and can become a successful trademark.

The world is filled with great company names and product names. NameRobot takes a look at the most interesting, funny or downright weird business names. Find out more about the naming princinples used in your industry!

Are you stuck in the naming process? Does the blank page paralyze you? With our naming inspiration techniques, you can fuel your imagination and get your mind going to generate great name ideas.

Naming tools for every need: Whether you are an entrepreneur, work for an agency or in a company. NameRobot provides the right tools and name generators.

Invented words or descriptive names, acronyms or existing words, or simply crazy-associative names: the possibilites for finding a business name are endless. Let's take a look at the most common name types for professional use cases.

The most important facts about trademark law, registering a business name and everything else you need to know to secure your new name.

What's going on in the naming world? Let's talk about the newest trends, important changes and the most common standards in business and product naming.

There's more than business names and trademark names. Let's take a look at all kinds of designations: place names, the days of the week, traditional names, and more.